After a career in various Michelin-starred restaurants, Mr Blou jumped ship and opened a stall where all the dishes are vegan. Sporting his trademark afro and funky spectacles, he’ll whip you up a fresh juice or smoothie (€5) made from market-fresh fruit and veg. But most of his customers are here for one thing only: the crispy falafel wrap (€8.50) with avocado, pomegranate, Libyan harissa, leaf spinach, and freshly made dressing. Mr Blou is still at the top of his game.
Elandsgracht 150

De Daghap (its name means “dish of the day”) serves simple Dutch comfort food. Its diminutive kitchen churns out freshly made stamppotten (mashed potatoes with various combinations of vegetables and meat, from €7.50). The broccoli and pumpkin version is a particular favourite with the locals. The stall also does cups of fresh soup (€3.50), homemade macaroni, (€7.50), and hot meatball sandwiches (€3.50).
Willem de Zwijgerlaan 283

A lightbulb moment for two brothers in law (zwagers in Dutch) is now a well-known frietkot in the Bos en Lommer district, using traditional frying techniques. The mouthwatering kroketten start at €1.85, and the potatoes for the handcut fries (€2.25) come from a farm just outside Amsterdam. Add a dollop of homemade saté sauce (€0.75) or truffle mayonnaise (€1.50), and you’ll realise this is how fries were meant to be.
Bos en Lommerplantsoen 2

Vleesch Noch Visch (“fish nor fowl”) began life as a festival food truck, and now has its own permanent site in West. The three flatbreads (from €7.75) are a local legend, and won a 24Kitchen Food Truck Award in 2015. All are vegetarian or vegan, but even the most ardent of carnivores will love them. The filling of the vegetarian gyro flatbread with tzatziki (€7.75) is indistinguishable from real meat.
Schaepmanstraat 2

We couldn’t not mention Dumplings, on the edge of Westerpark, where Chiao Feng and Xiao Yu serve Asian specialties including various types of egg roll (from €2.80), and noodle soup (€5.50). Of course, everyone comes here for the dumplings, sold by the half dozen and served with peanut sambal (from €5.50). The crêpes with babi pangang (fried pork with a tomato-based sauce, €9) are worth a try, and come with a recommendation from our Proefwerk reviewer Gilles van der Loo.
Nassauplein 60 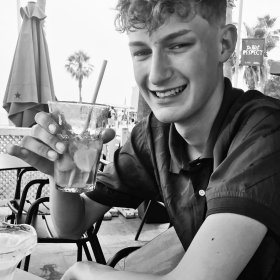 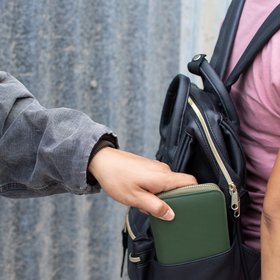 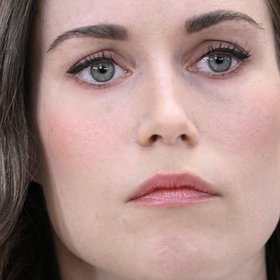