Last year, the city began mapping its 829 bridges, but only 21 of these have been fully inspected thus far, and ten were so bad that they were repaired.

The renovation program will be hugely expensive, though it’s not yet clear just how much it will cost, as the city has only just begun checking the bridges’ condition. It has set aside €300 million for the coming years, but last year the municipal council was already expecting to spend an astronomical €2 billion in the long term.

Of the 43 bridges whose foundations have been examined, sixteen were found to be damaged. Around 140 should have their safety status confirmed by the end of this year. Dijksma says the proportion of decaying bridges is even greater than expected, and this is a hugely urgent issue. ‘We need to be on the ball. If a bridge is going to collapse, we can predict this well beforehand by carrying out monitoring and periodic inspections. We have to do this if we want to manage the situation.’

The city’s quaysides are in even worse shape: an inspection of the first eighty high-risk locations found that they all needed replacement. Dijksma says the city is taking action, but still has to inspect 190 kilometres of quays, and is giving priority to those located near fragile old cast-iron water and gas mains.

Innovation is vital, she says. ‘If we want to fix all these problems in the next twenty years, we need to work eight times faster than we did before.’

City could be brought to a standstill

The city has suffered years of underinvestment in bridge and quay maintenance. It began in the 1980s, when each district was responsible for its own maintenance, but not all made it a priority. Officials expressing concern were told that the city would rather spend money on social care or making Amsterdam more liveable. Today, bridge maintenance is the responsibility of the Mayor and Executive Board.

The renovation programme is not only hugely expensive, but could also bring the city to a standstill. “If we started work on everything simultaneously, if that were possible, the city would grind to a halt,’ Dijksma says. ‘We need to come up with some smart solutions.’

Divers examined the wooden piles under bridge 215, the Paulusbroedersluis, by Oudezijds Achterburgwal. The damage to the foundations was so serious that the bridge was closed immediately.

‘It could have collapsed,’ says city councillor Sharon Dijksma. The bridge is part of one of the few east-west cycle links through the city centre, between Jodenbreestraat and the Dam. An emergency bridge has now been put in place, and the existing one is to be reinforced, which means that boats will soon be banned from passing underneath it.

Where a bridge is repaired, the city assesses whether the piles can simply be pulled out of the ground. It did this with the wooden piles of three bridges crossing Herengracht and Keizersgracht, dating from 1727, 1886, and 1922. These were transported under water by barge to Delft Technical University for detailed examination. 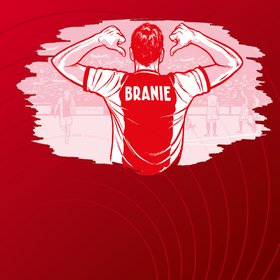